With drones having been put to use for precision agriculture where they help farmers accurately track inputs and yields, its large gains in efficiency is now driving adoption of UAV technology in another part of the industry, namely in raising and managing livestock, as well as surveying pastures.

For managing livestock, ranchers have adopted airframes to both herd cattle and monitor animals. Thanks to the ability to direct the aircraft’s prop wash, drones are effective herding tools that let ranchers precisely herd the cattle over their property. Ranchers have also found that by adding on aerial thermal cameras like the DJI Zenmuse XT, they’re able to spot cows under forest canopies and distinguish animals from other heat sources. The cameras are also effective in detecting nearby predators. 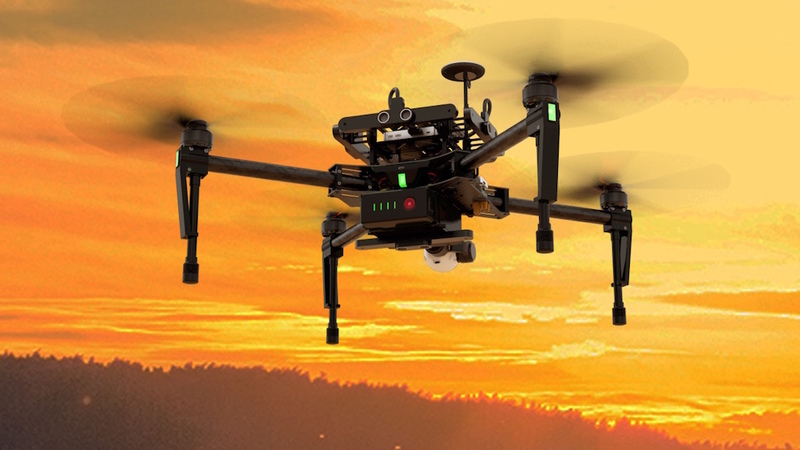 Precision Ranching solutions are commonly developed on the Matrice 100 airframe (above), which can carry a wide variety of payloads for multiple imaging options.

As a sign of the rising interest in precision ranching, a three year grant of $663,940 from the Natural Sciences and Engineering Research Council of Canada was recently awarded the regional innovation chair, Dr. John Church at Southern Alberta Institute of Technology.

Church used the DJI Phantom 3 Professional while presenting to The Western Producer on how drones are being put to use in precision agriculture and how he sees drones being used on the ranch in the near future.

“When we put a camera on that platform, we can do a multitude of common ranch work quickly and from a central point,” said Church, also mentioning drones as a tool for handling the daily animal count and herd cows, saying that, “the ranch dogs might be facing retirement.”

When discussing what his ideal use of drones for ranching might look like, Church would like to RFID tag each cow and be able to accurately read and locate each animal with a drone. Church summed up his idea, saying, “My dream is to be able to type in an RFID number and the drone will go out and find the cow on the range.”

Learn how DJI drones are being used on farms.