Drone Ukraine (UA) started with the primary goal of minimizing safety risks to personnel while keeping mining sites running smoothly. Despite the severe hazards that employees are exposed to daily, Ferrexpo, a mining company based in central Ukraine, was determined not to cease operations. This meant that miners often had to work in high-risk environments.

Working with large, industrial equipment for long hours is often hazardous to employees. However, Ferrexpo estimates that stopping their machinery for just 30 minutes would cost the company tens of thousands of dollars. The team hoped that using drones to obtain critical data would keep their mining sites operating effectively while at the same time minimizing risk to employees.

“Although it’s difficult to eliminate the human factor, drones can be used for the most laborious and dangerous tasks,” explained Drone.UA co-founder, Fevzi Ametov. 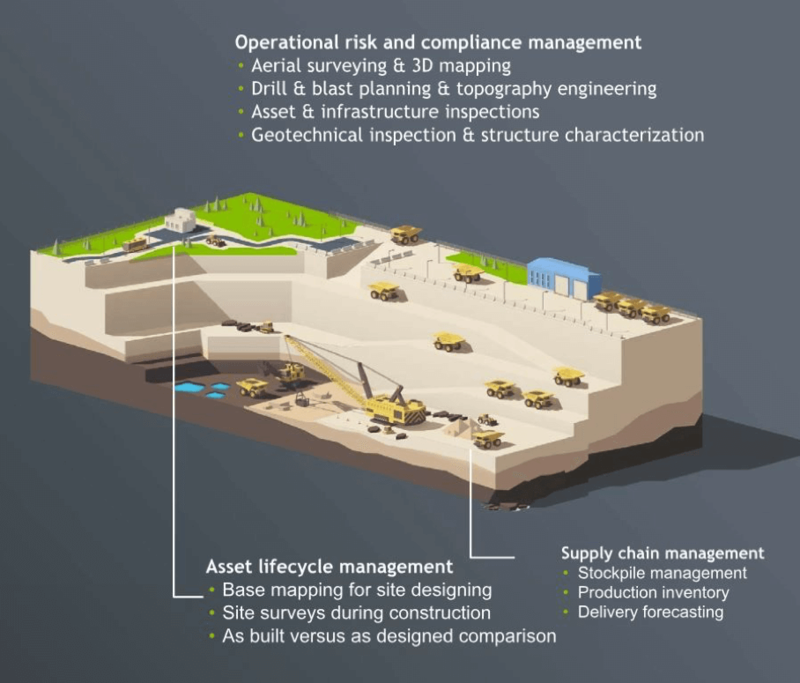 Benefits of drone use in the mining industry

Using drones in the mining industry has several advantages, including:

Useful applications, like Pix4Dmapper and Surpac, can be applied to almost every aspect of the mining industry. Phenomenal in operational risk reduction and compliance management, UAVs can also be used in asset lifecycle management. For example, UAV software can help in comparing as-built and as-designed data with supply chain management services, like product inventory.

Mapping the Open-Pit Mine

Tatiana Kondratenko, project manager for geodesy at Drone.UA, considered the implementation of UAVs a massive undertaking. “We had to create new job descriptions and hire new employees to ensure that the integrating of this project into the company went smoothly,” she explained. 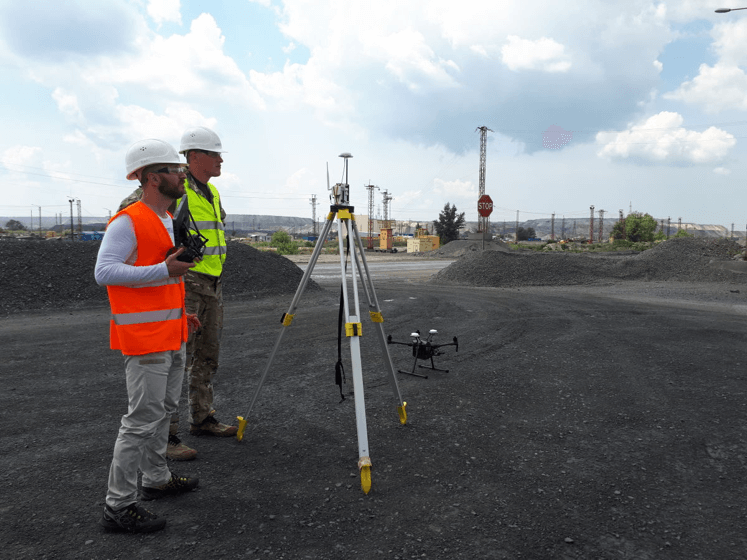 The operations team chose a fleet of DJI Matrice 210 RTK drones. The built-in RTK module helped to complete automatic flight missions in areas with strong magnetic interference. The quadcopter also automatically monitored the crew’s proximity to pit walls, reducing the chances of collision. Drone.UA is one of the first mining companies to conduct successful flights deep underground. By utilizing both manual and automatic flight modes, they were able to operate effectively 410 m below ground at the Poltava site. 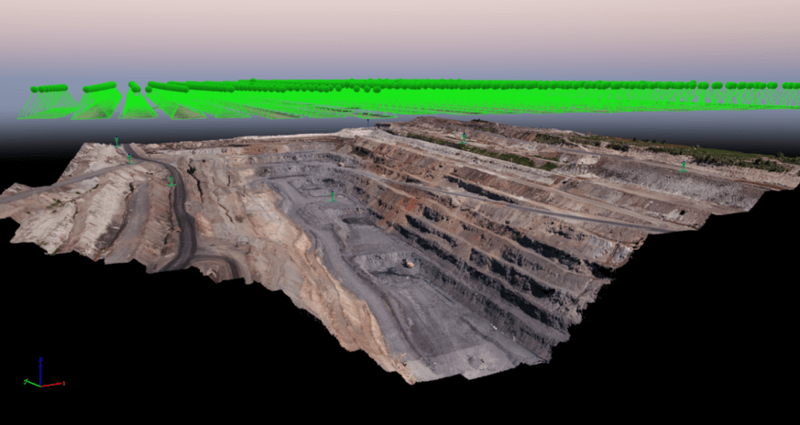 Images captured over the Yeristovo open-pit mine 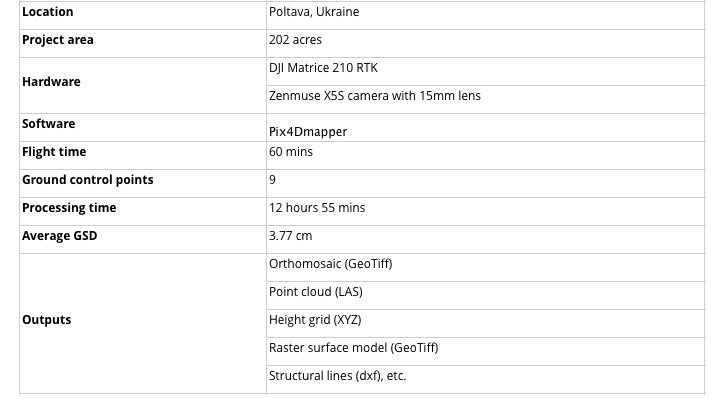 At the Poltava site, the team had clear objectives:

• Obtain data from the pit with a drone in automatic flight mode;

• Create recommendations and a suitable methodology to be used at other mining sites. 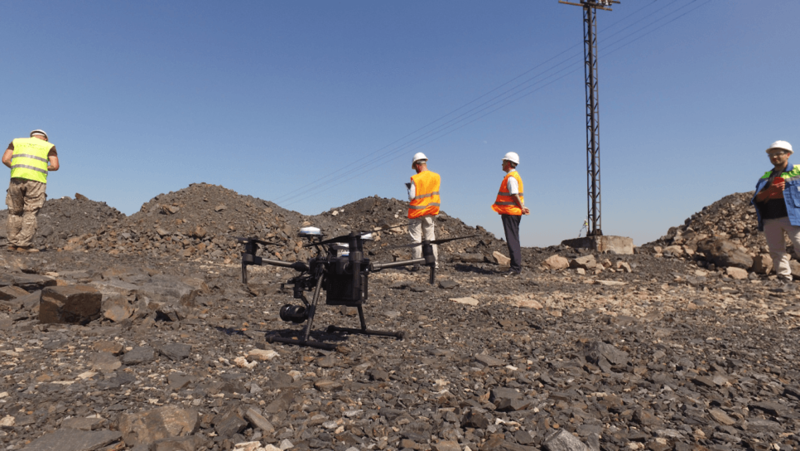 Measurements were taken from four checkpoints to assess the project's calibration, root-mean-square error (RMSE), and the overall accuracy of the model.

Since all checkpoints were at ground level, the RMSE of the project was low. Using the RTK rover as a total station, the team measured 959 points from ground level to the bottom of the mine, which was a depth of 170 m. While the GSD was 1.8 cm at ground level, at its lowest point, it was reported to be 5.6 cm. The chart below demonstrates certain deviations in surface height measurements. However, these changes were well within the expected vertical accuracy.

Deviations in surface height measurement between traditional and aerial data

The team exported both 2D and 3D files, which were imported into third-party software for further analysis. These files were:

Contour lines showing the relative height of the open-pit mine

Safety at work is an important topic in the mining industry. The nature of the job responsibilities means that employees are exposed to multiple hazards daily. 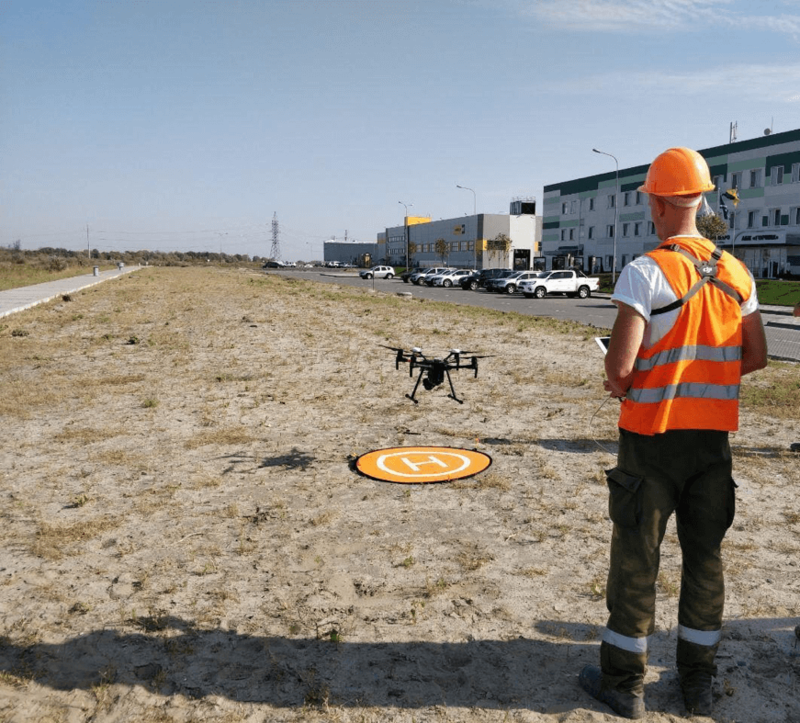 Taking off and landing from a home base

To mitigate these dangers, the Drone.UA team developed a labor protection strategy. It establishes the best practices for safely working with UAVs. Moreover, Drone.UA has made it their mission to provide a copy of this document to every mining site. They believe that these safety procedures will serve as a basis for workplace practices in various mining companies.

Main points of this safety strategy:

• Takeoff and landing points have been tested and defined. Home bases are the only places where drones are permitted to take off and land;

• Lenses with longer focal lengths will be used to capture areas in the deepest parts of an open-pit mine. This will prevent drone operators from having to maneuver through dangerous territory or work at unsafe heights;

• Surveys will be completed periodically by the use of traditional methods to ensure that drone data is generating accurate results. 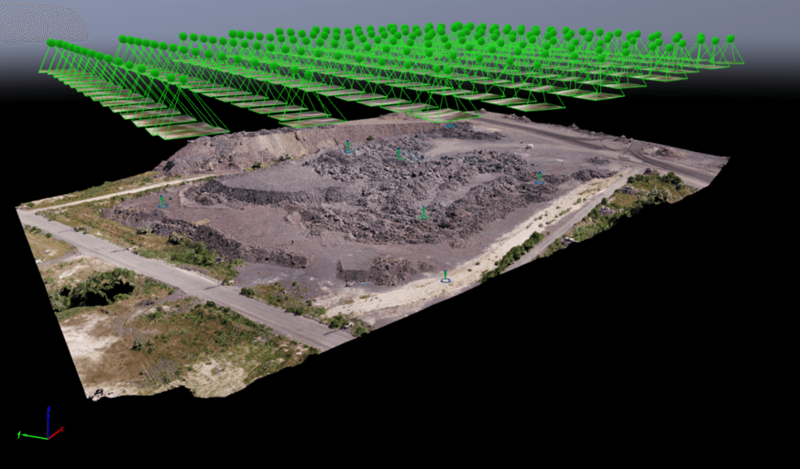 The digitized stockpile in Pix4Dmapper 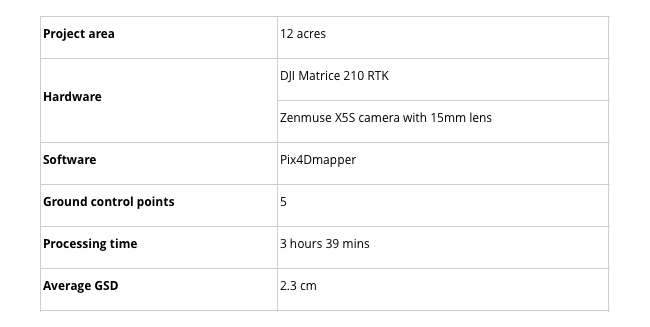 Stockpiles are a critical component of every mineral operation. Since measurements are used in predicting profits and auditing results, it is important that volume levels are calculated accurately to ensure operations are running smoothly.

The Drone.UA and Ferrexpo teams chose to export data from Pix4Dmapper and import it into their current software solutions, including Surpac, AutoCAD Civil 3D, and K-mine. The level of detail obtained from the surface, like coordinate points in hard-to-reach areas, simplified the data collecting process and resulted in a much more detailed model. 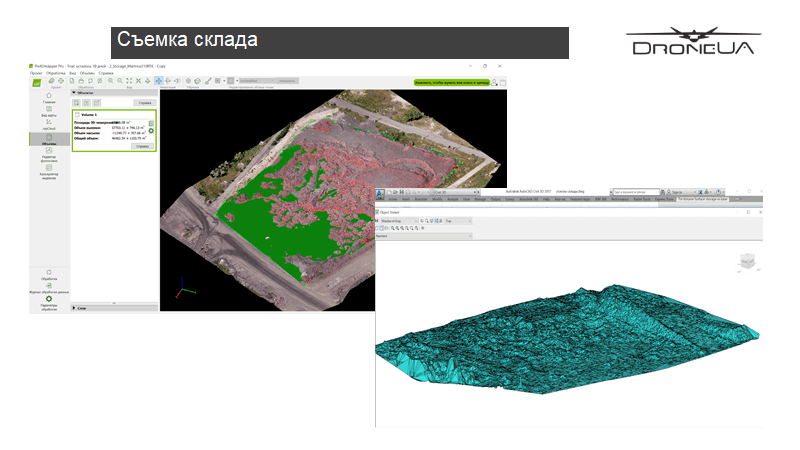 With increased speed and improved safety, the team found that surveying with drones resulted in better quality data and minimized operational errors.

“The stockpiles are spread over a large area and are of varying sizes and heights. Surveying them with a UAV is 90% faster,” commented Alexander Tubaltsev, the Chief miner of Ferrexpo Yeristovo Mining. “A miner would normally have to walk the working zone with a surveyor’s total station and measure not only the area of the stockpile but also the various heights of the material.”

Ferrexpo is convinced that the use of UAVs in open-pit mines is now becoming a well-established practice among industry leaders. “They are a more accurate tool for collecting critical information. More importantly, they significantly reduce the number of workplace hazards exposed to employees,” Alexander Tubaltsev explained.

DJI has continuously collaborated with various enterprise companies, including those in the mining industry. By utilizing multiple resources, like drone equipment and mapping software, DJI has provided these companies with hands-on training, help with R&D, and educational programs.

Drones are significantly changing how government agencies serve the public. While drones have gained an early foothold in public safety, enterprising government agencies and departments are exploring their use in other areas, from transportation and public works to planning and environmental services.