Home to an estimated population of about 727,500 residents, and known for its vast cultural attractions ranging from drama and ballet, to having one of the longest naturally frozen skating rinks in the world, Winnipeg is the capital and largest city of Manitoba, Canada.

In the late fall of this year,on Monday October 22nd, 2018, Winnipeg experienced a fire outbreak in an industrial area adjoining the city in the Municipality of Springfield.

Besides causing road closures inSpringfield, the blaze sent plumes of thick, black smoke and a toxic stench into the air that led to evacuations and put thousands under an order to stay indoors.

According to witnesses, the blaze began at the Day Street asphalt plant around 10 a.m. but thanks to efforts from the Winnipeg fire crews, along with crews from Springfield, Winnipeg Airport Authority, Canadian Armed forces 17 Wing and many other agencies, the fire had been put out by late afternoon before any further damage could have occurred. 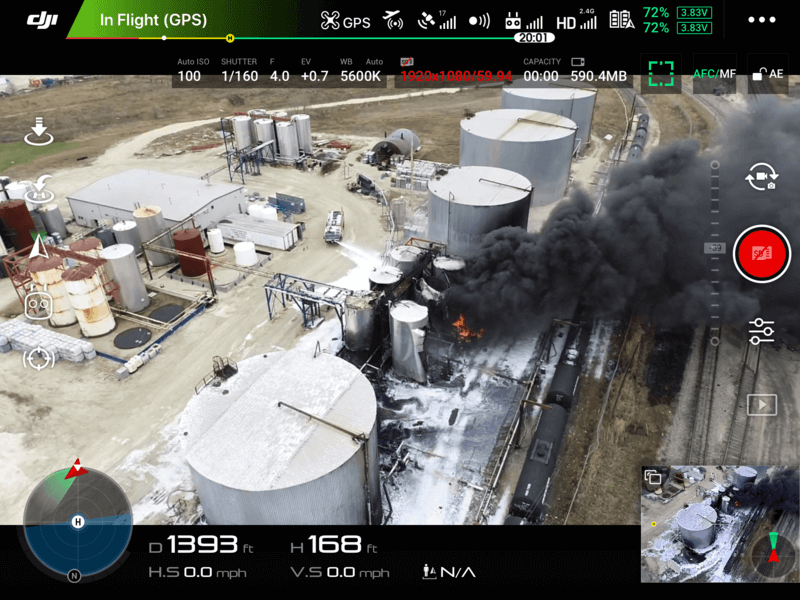 Aside from the courageous efforts made by thefire crews, one cannot overlook how their use of drone technology played a critical part in keeping the blaze contained. In fact, Fire Paramedic Chief John Lane of the Winnipeg Fire Paramedic Service, expressed that their primary operational drone – a DJI Matrice 200 – was integral in helping crews keep the blaze — which threatened roughly four million liters of asphalt oil — from spreading.

“It's hard to imagine how we would have done this without that aerial perspective," commented Chief Lane. "It's been instrumental in providing really high-quality intelligence that we couldn't have seen in any other way.”

The heart of the Day Street asphalt plant fire was contained to six 100,000-litre tanks at the plant, but the location of those tanks — nestled between four larger containers holding three million liters of the flammable liquid — made getting at the blaze both difficult and dangerous.

That's where the drone became an impactful tool. With the help of the aerial footage, fire crews were able to pinpoint the flames with a special foam used to put out liquid fuel fires.

Utilizing the DJI Matrice 200 Series drone, members from the WFPS were able to put out another major fire at a seed plant fire in Dawson Road two weeks after the asphalt fire.

“The drone was a ‘game changer’ at both incidents. It provided invaluable intelligence and situational awareness.”, said Scott Wilkinson, Senior Academy Officer of the WFPS and the department’s UAV program developer and manager.

“At both incidents the drone was able to provide aerial views that Commanders positioned at distal locations could never have seen –allowing them to achieve better understanding of the situation, assess effectiveness of resource deployment and tactics, and manage accountability.  The level of situational awareness provided by the drone could not have been achievedin any other fashion.” 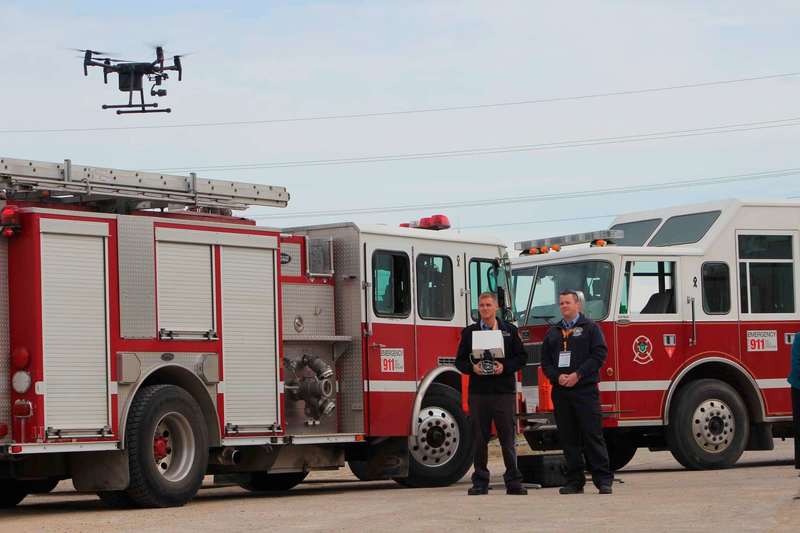 A journey towards the start of an impactful drone program

The WFPS is the first emergency service drone program in Canada to provide full time 24/7 and 365 days of immediate response to incidents. With more than 910 US public safety agencies incorporating drones into their daily workflows1, Canadian agencies are relatively new in drone adoption, but are catching up fast.

The WFPS initiated its drone program in the fall of 2016 with initial funding from an Innovation Grant from the City of Winnipeg and training from InDro Robotics, a Canadian UAV service provider specialized in assisting public safety entities with training, Standard Operating Procedures and more.

For first-time flyers or even first-time commercial drone pilots, starting a drone program, particularly for public safety agencies, can be a daunting and lengthy process as it is a lot more complex than buying a consumer drone and getting it in the sky. But with the help of a knowledgeable partner like InDro Robotics, that is well versed with various regulations, procedures and training, it only took about 18 months for WFPS to successfully set up their drone program and start operating at scale. 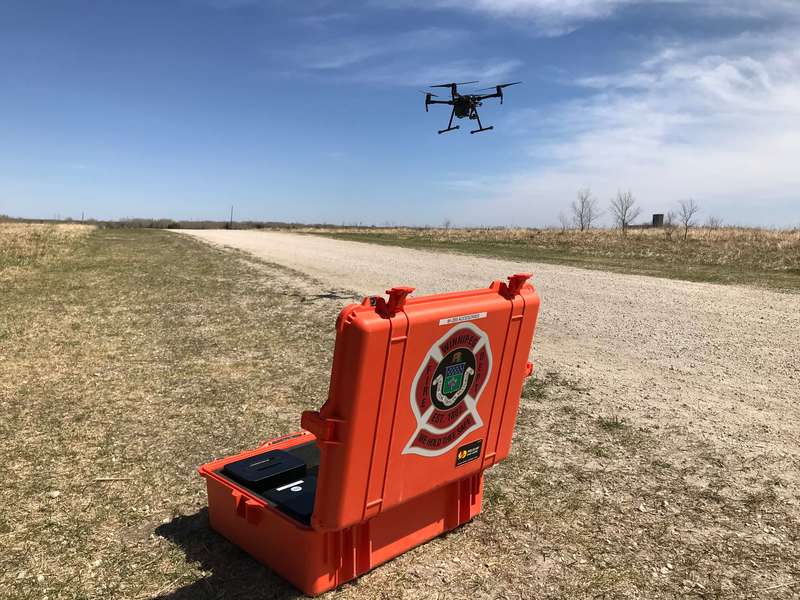 The department started working with InDro Robotics in 2016. The partnership went through the entire program building process, beginning with procedural/regulatory certification to training of instructors as well as operational pilots. Moreover, InDro helped WFPS to finalize its Transport Canada flight operations certificate/NAV Canada processes in late July 2018 before the department deployed drones into operations in August 2018.

“Working with Fire, Paramedics, Police and SAR is one of the most rewarding parts of our company. We have brought many departments from the initial startup phase through training, UAV equipment selection and regulation approvals.”, said Philip Reece, CEO of InDro Robotics.

WFPS currently has 18 pilots spread across 4 shifts, including instructors on the UAV team, and its drones have been dispatched to over 20 incidents since the program’s operational launch in mid-August. It has deployed and flown operational missions approximately 14 times, including structure fires, wildland fires, water rescues and to assist the police service.

Advice to other public safety agencies

Drones can not only provide quick actionable data, but they also empower and protect first responders in the field with aerial insights. It is a true force multiplier at an affordable cost, that allows for sensor and payload flexibility, and is a quick deployment asset.

“I would encourage any public service agency to consider initiating their own UAV program due to the vast number of benefits it can provide. However, it is vital to ensure you have a full understanding of the legal and regulatory requirements and to work with knowledgeable partners in the industry and regulatory agencies to ensure you follow all the best practices and processes. “, says Wilkinson.

He continues to elaborate that “in addition, public safety agencies should be sure to provide a solid training program for teams and invest the time to educate and orient your organization on the program and benefits to get the best possible buy in. “

Drones are changing how government agencies serve the public in big ways and small. While drones have gained an early foothold in public safety, enterprising government agencies and departments are exploring their use in other areas, from transportation and public works to planning and environmental services. For more information about setting up a drone program and learning about best practices to consider as you evaluate how drones could help meet the needs of your community, Download this comprehensive report to get started. 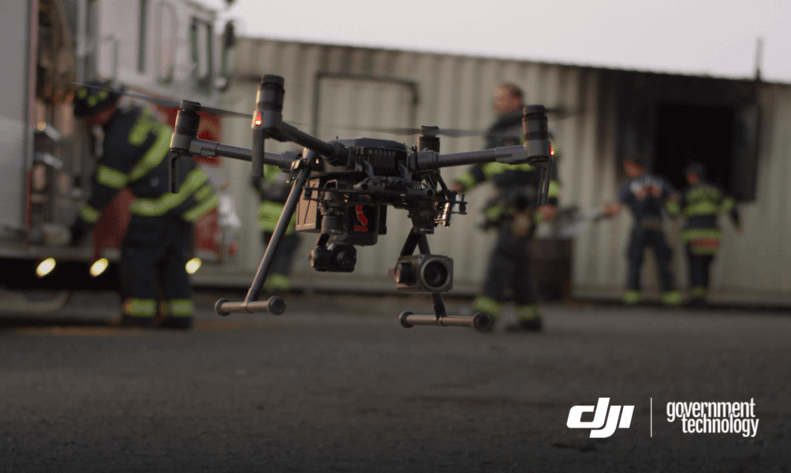