The latest addition to the Zenmuse series of cameras -- the Zenmuse Z30 – is proof of DJI’s commitment to enabling industrial use of drones. Designed from the ground up with demanding industrial applications in mind, this powerful telephoto aerial camera comes with intelligent features like TapZoom that makes it easy to use, so that anyone can adapt it to their operations.

One of the most powerful applications of the Zenmuse Z30 is in cell tower inspection. Until now, inspecting a tower has meant transporting heavy equipment to remote areas and for personnel to physically climb the structures, leading to both injuries and high insurance costs. In response, companies including AT&T have begun adopting drones for their inspections, but they’ve come with their own complications. Inspecting a tower by drone requires getting up close to view it through its integrated camera, subjecting it to electromagnetic interference that can cause crashes. 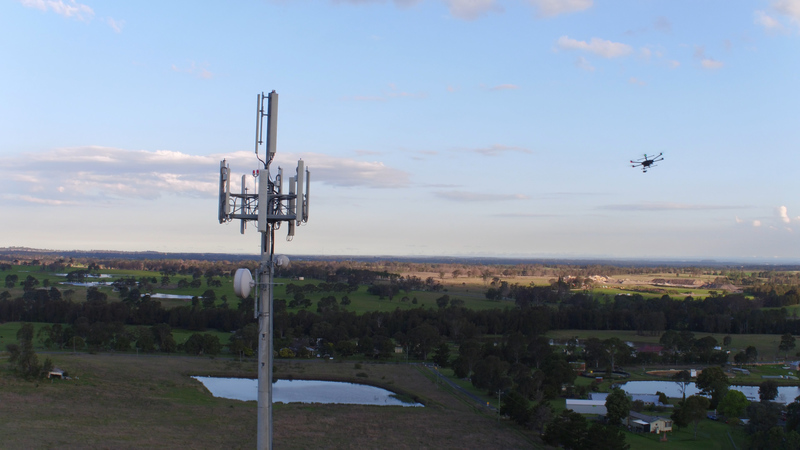 With the Z30, inspections can be conducted from a safe distance

The Zenmuse Z30’s 30x optical zoom lens now allows companies to both stay on the ground and keep the distance between tower and drone, while capturing more detailed imaging data than before. Andrew Chapman, Director of Operations at drone services firm Australian UAV, spoke to DJI about the benefits of shifting to the Z30 for inspections, stating that “this [the Z30] avoids mobilizing expensive and awkward crane equipment and reduces operational risks by keeping all personnel safely on the ground.”

The Z30 is also bringing unprecedented improvements to inspection agencies’ workflows through its intelligence features and livestreaming capabilities. With the ability to share the drone’s feed in real-time with engineers all around the globe, inspections can be conducted more efficiently and with fewer boots on the ground.

With TapZoom, inspectors can easily use the Z30’s powerful telephoto lens for quicker inspections.

The new TapZoom feature built into the DJI GO app adds exceptional simplicity to the powerful Z30 camera by allowing users to simply tap for a closer look, while the Z30 handles orientation and zoom. Similarly, users can immediately exit full zoom with a single tap. Combined, these smart features allow inspectors to rapidly assess a cell tower as whole while keying in on individual areas.

Cell tower inspectors can also take advantage of DJI GO’s Intelligent Flight Modes like Point of Interest to easily set up their system to circle a tower at a constant radius while keeping it locked in the frame. Once set, they are able to focus on directing the camera and controlling zoom level to capture image data or perform real-time inspections.

Watch the video below to learn more about how the Zenmuse Z30 can be used for cell tower inspections.

You can learn more about how the Zenmuse Z30 is right for your business here: www.dji.com/zenmuse-z30