Swimmers in Summerlands, California had noticed a serious change in the past few weeks as increasing amounts of black, murky water washed ashore Montecito Beach. The local community no longer felt safe getting in the water.

The Summerlands community suspected nearby abandoned wellheads were at fault of leaking oil, however oil plumes and slicks were being found miles away from this suspected source. Using conventional methods - in this case walking along the beach to spot oil slicks – the community was unable to track the effects accurately and therefore couldn’t tie the widespread effects to one source.

Montecito Beach resident and documentary producer, Harry Rabin, took on the challenge and decided get a different perspective by investigating the situation from above. 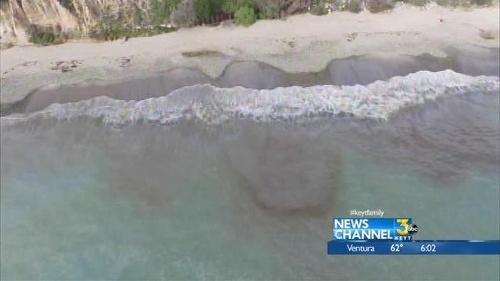 By using the DJI Inspire 1 to capture aerial footage, Rabin was able to prove the source of the leak was the local abandoned wellhead. He subsequently shared the footage with local media and alerted the Geology Department of the University of California, Santa Barbara.

With the credible and clear evidence from the DJI Inspire 1, Rabin was able to bring the details behind this unfortunate situation to the attention of the proper authorities. Rabin’s photos were shown to Senator Hannah Beth Jackson (D-CA), who was quickly convinced to join the awareness campaign and put forward a bill to provide cleanup for the abandoned wells. With the Senator's support and Rabin's footage, the awareness campaign was able to raise $900,000 in funding to cap the offending wellheads.

Harry Rabin's work shows how drones can improve the world's environment by being an irreplaceable tool for environmental surveying.